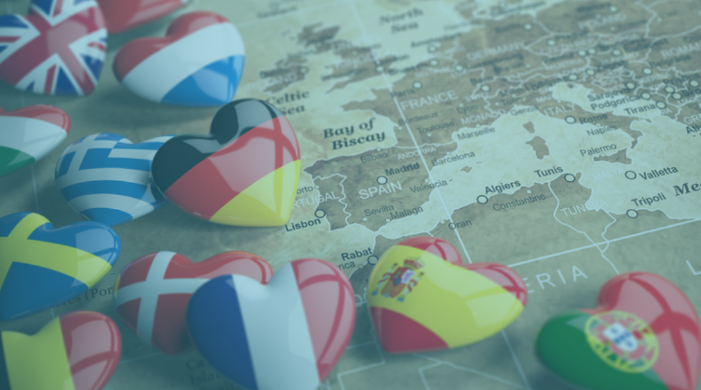 From Roman Amphetheathres, Greek Temples and Gaudi’s Barcelona, to the hike of Eifle Tower and the 18 bridges crossing river Vltava in Prague – architecture in Europe is probably most diverse in the world! It’s often challenging to imagine just how these buildings came into being. Many of the sights we cherish today have survived global wars, domestic turmoil, or natural disasters.

With the summer holiday period upon us, depending on our interests and preferences, there could be quite a long list of different priorities, be it the biggest aquapark, sandy beaches or secluded mountain locations. Here at JDW Architects, we have put together a list of the less known European cities worth visiting purely because of their rich history and their magnificent architecture!

So, whether you’re a Europe architecture enthusiast, or simply looking to wander through small streets and enjoy Italian espresso at one of the many plazas, these cities have something unique and beautiful to offer you.

This ancient stretch of Italian coastline has been listed as a UNESCO World Heritage Site. Its popularity means it isn’t the hushed paradise it once was and is now becoming popular amongst tourists.

We particularly like the colours! The sun-baked yellow, deep terracotta and bright orange make the contrast against the cliffs and the azure water even more spectacular.

Located just a stone’s throw from Stockholm’s Central Station, Stockholm Waterfront continues to raise eyebrows since it was unveiled in 2010. It has moveable interiors and very distinctive metal spikes slicing through the Stockholm skyline. What we particularly love about the building is its minimalism and revolutionary energy efficiency.

The Church of the Resurrection, also known as the “Savior on Spilled Blood”, was built in memory of Alexander II who was assassinated in 1881. The church stands in the very place where a bomb was thrown into his carriage by a young man who opposed the Tsar’s reforms.

Here at JDW Architects, we love the multicoloured exterior that makes the church stand out from city’s typically strict, blocky architecture.

Eltz castle is an authentic medieval castle that survived the centuries. It’s uniquely set on an oval rock in the Elzbach valley, surrounded by woodlands and the little stream. The beginning of the construction of Burg Eltz can be traced back to the 9th century. Currently, the castle is owned and maintained by the 33rd generation of the Eltz family.

We completely adore the surrounding that gives the castle a fairytale and magic appearance.

Sitting astride two continents, Istanbul has been a hub of trade, power and culture for thousands of years. The extraordinary beauty of the 6th-century Aya Sofya with its colossal Byzantine dome and glittering mosaic work makes it the city’s greatest landmark.

We love the marble interior and geometrical shapes!

Let us know what you think about the list of the less known architectural gems we’ve put together in the comments below. For more magical and inspirational ideas, please contact us at info@jdwarchitects.co.uk.